This is the day we saved for

It runs down from the rooftop

Into rivulets at my door

I sit beside the window

Outside, my yellow rain boots

Replenishing and quenching the dry ground

This is a time of refreshing

Not for hurrying to the next thing

Not for worrying about tomorrow

Or for grieving a past sorrow

I sip the moment

And I savor every swallow

Please send any questions or comments below

Your form message has been successfully sent.

You have entered the following data: 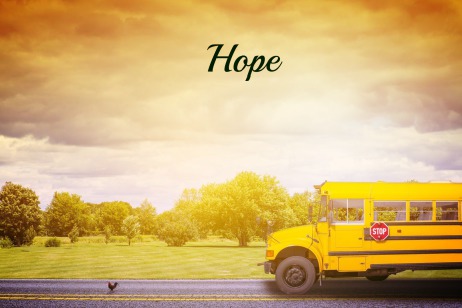 Hope For Our Schools And This World

In reaction to yet another shooting, our local schools have announced that no backpacks will be allowed on campuses for the remainder of the school year.  Law enforcement officers will be stationed in all schools, and everyone is on high safety alert.

These are trying times for all of us. Even if you are a follower of Jesus Christ you might begin to wonder why and how such terrible things could be happening in our schools and in this world. Is there any hope that things can get better? And how  can we feel safe when it seems that everything is out of control? There is no easy answer, but there is hope.

First, its important to remember that life in this world is temporary for all of us. And although it isn’t Hell, it isn’t Heaven either. The presence of God is here in the goodness of life and love myriad blessings. But there is also an increasingly active presence of evil.  And because people are turning away from God, we are becoming more open to sin and its destructive path. God does not cause the evil in this world, but He does allow the natural consequences of sin to play itself out.

That’s the bad news. But here is the good news: God has complete power and control over everything!  But you might wonder why He doesn’t simply step in and stop all the things that are happening—and  the truth is that He will do just that at the appointed time. (But no person knows exactly when that is.) The important thing to focus on, is that He will step into your life at the exact moment you ask Him to.  And He will begin a work in you—that you will actually be glad for.  And you don’t have to change yourself first, just come as you are. You really have nothing to lose, but everything to gain.

He is your shield and your mighty strong tower!  You can ask him to protect you and your loved ones! And by trusting in Him you can live under His protection, AND you can look forward to an eternity without fear, pain or sorrow.  Seek Him, and become someone who will help to bring light into this darkening world!

“You are the light of the world... let your light shine before others, that they may see your good deeds and glorify your Father in heaven.”  Matthew 5:14

"Trust in The Lord with all of your heart" Prov.3:5

Please send any questions or comments on feild area above.

Also please contact me if you would like to know more about trusting Christ as your Savior. (Use form below or send email.) 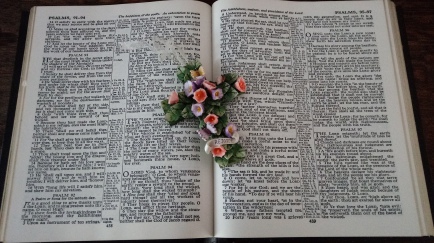 Palm Sunday marks the beginning of the final 7 days of Christ’s earthly ministry. Riding on a donkey’s colt, Jesus began His triumphal journey at the Mount of Olives.

Luke 19:29-40 tells us the colt He sat upon had never been ridden before. Most colts have to be trained before they will tolerate a rider. I wonder, though Luke doesn’t tell us, did the colt have some sense that his burden was The Light of the world?

And what a unique parade it was as the disciples and crowds of people threw down their cloaks and branches of palm to honor Him! Most Kings would enter a city with much more pomp and regalia; but in the same manner our Savior entered the world humbly in a stable at His birth, His splendor was also hidden when He entered Jerusalem as Messiah and King.

The Pharisees who were in the crowd asked Jesus to silence the praises of the disciples. But Jesus answered them by saying: “if these should hold their peace, the stones would immediately cry out.” What a spectacle that would have been if the rocks began to praise Him! We know God can do anything and if He led Moses to bring water from a rock in the desert, He could easily give voices to stones. But I believe Jesus was actually referring to the Law which is written on stone. I believe He was stating that even if no one saw Him as King of Kings and Lord of Lords, The Law itself (The Ten Commandments) would proclaim who He is! He is the only One who could fulfill the law! He is the only One who lived a sinless life! And He is the ONLY ONE who could be the perfect, Holy sacrifice to pay the terrible sin debt owed by you and me!

That’s why we rejoice at Easter because He is Risen! He paid for our sins at the cross and defeated death by His own death, burial and resurrection! He lives forever and He is coming back for us!  But this time when He comes again to the Mount of Olives, His glory will not be hidden. Every knee will bow, and every tongue will confess that He is LORD!

And many of us are wondering—what will this new year hold? Will it simply be more of the same from last year—or, might it be a new adventure just waiting to unfold?

Perhaps you’ve laid some groundwork. Maybe you saved up a little cash, or started a new job or began a new relationship or moved to a new location. Or, maybe you’re starting off in exactly the same place and state of mind you remained in throughout 2017.  It doesn’t really matter where you’ve been or even where you’ve set your heart on going…until you have placed those hopes for a great new beginning in “His” hands.

God is the creator of all things, and the One who created you also implanted your heart’s desire. He gave you your talents, strengths and abilities and gave you the potential to do and be all that He has created you to be. He doesn’t make it easy (I’m still learning that) but with an attitude of trust and the willingness to try—comes the possibility of great change.

19 Behold, I will do a new thing; now it shall spring forth; shall ye not know it? I will even make a way in the wilderness, and rivers in the desert.

Change can be scary, but change could also be wonderful! It could mean seeing dreams come true or seeing yourself or loved ones increase in strength and character or producing in ways you never thought were possible!

Maybe it’s time to look past our problems and try to see what new thing God has for us. Invite Him into those places you may have kept Him away from in the past. Lay out your plans and your fears before Him, and then allow Him to direct the way!

“I will instruct thee and teach thee in the way which thou shalt go: I will guide thee with mine eye.” Psalm 32:8

A Tree Chosen And Carefully Planted

Learning to completely rely on The Lord is a lifelong process, but I have found the more I trust Him, the more He blesses me and brings about His will for my life. A tree planted by the waters is a tree that is chosen and loved and carefully planted right where our Creator wants us to be. When you are “planted” in Him, you’ll be solid and full of life and wisdom. You will be strong and not “wither” even when things get tough. You will bear fruit to help others—even later in life. So don’t give up and think you are too old (or too young) because sometimes that’s when we produce the best fruit of all! 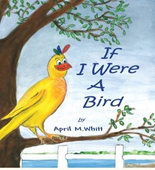 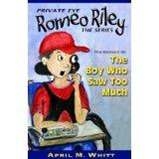 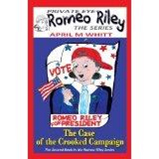 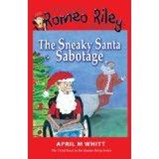 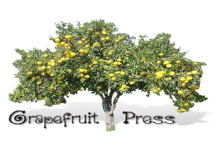